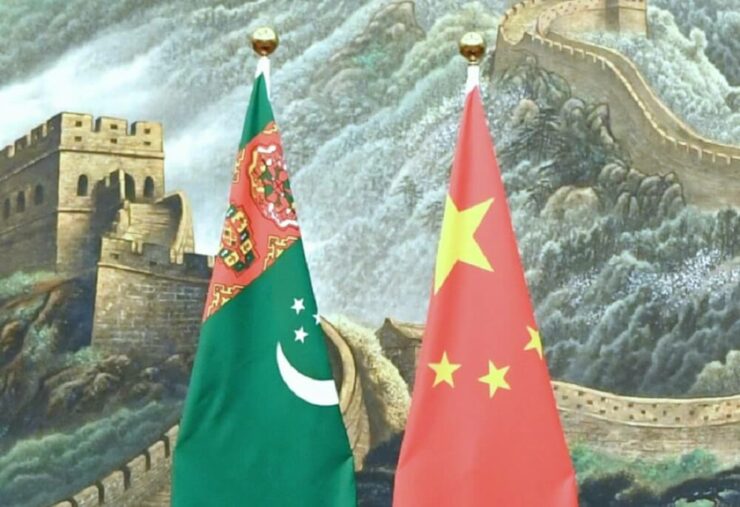 President of Turkmenistan Gurbanguly Berdymukhamedov received Chinese Ambassador Qian Nacheng. The head of state presented the Ambassador Extraordinary and Plenipotentiary of China to Turkmenistan with his address to President of the Republic Xi Jinping. In it he congratulated the Chinese leader on the 30th anniversary of the establishment of Turkmen-Chinese diplomatic relations.

The official date of the beginning of diplomatic relations between Turkmenistan and the PRC is January 6, 1992.

The Chinese diplomat also presented the Turkmen President with a message of congratulations on this anniversary from his Chinese counterpart. In it, Xi Jinping wished the people of Turkmenistan peace, prosperity and stability.

The Chinese leader stresses that his country intends to support the Turkmen state in its development, protection of independence and sovereignty, and implementation of the policy of neutrality. Xi Jinping said he was ready to continue to maintain active mutually beneficial contacts with Turkmenistan, as well as to deepen and develop cooperation in a wide range of areas. He expressed hope that the strategic partnership between Turkmenistan and China would rise to new heights in the future.

In addition, the Turkmen leader received an official invitation to the opening of the XXIV Olympic Winter Games. This significant sporting event will be held in Beijing from February 4 to 20 this year. The invitation emphasizes the high level of strategic relations established between Turkmenistan and China, as well as the deep friendly dialogue between the two leaders. Gurbanguly Berdimuhamedov expressed gratitude to the President of China for the invitation letter to participate in the opening of the 24th Winter Olympics.

The conversation with the Chinese diplomat focused on the issues of Turkmen-Chinese interaction. As the Turkmen leader noted, the friendly relations and mutually beneficial partnership based on the postulates of equality, mutual benefit, respect and trust continue to actively develop and grow for the benefit of the Chinese and Turkmen peoples.

President Gurbanguly Berdymukhamedov emphasized that the two countries support each other in the international arena as well. The Turkmen leader expressed gratitude to China for its tireless support of the neutral status of the Turkmen state and its global initiatives and recommendations.

The head of Turkmenistan wished success, health and prosperity to President Xi Jinping and Premier Li Keqiang, and to the Chinese people peaceful skies, prosperity and continuous improvement.