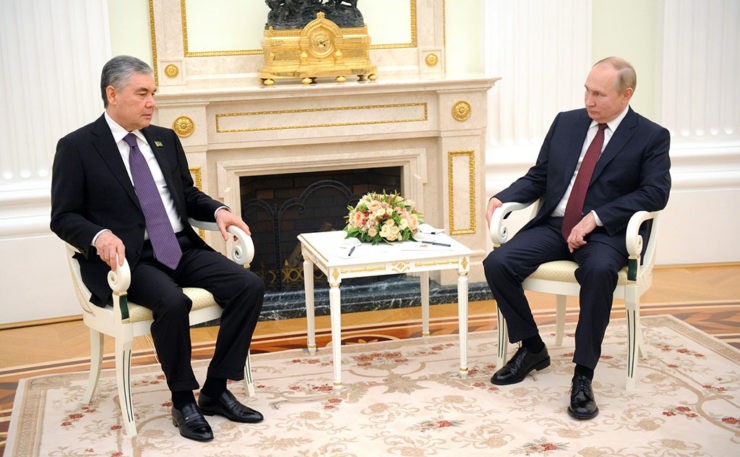 At the official ceremony, Chairman of the Khalk Maslakhaty Milli Gengesh received the Order "For Merit to the Fatherland" IV degree from the hands of the Russian President. The Russian leader said in his speech that the representative of Turkmenistan made a great contribution to the economic and humanitarian cooperation between the two countries.

Putin thanked Gurbanguly Berdymukhamedov for his part in building a strategic partnership and emphasized that his activities were fully consistent with the high award.

In his response, Gurbanguly Berdimuhamedov reminded that the effectiveness of the strategic partnership between Russia and Turkmenistan has been proved by time, and that the relations between the countries are only getting stronger every year. He added that he was happy to make a historic contribution to maintaining the ties of good-neighborliness between the two peoples.

The Order "For Merit to the Fatherland" is the second most important state award in Russia.