Students of Turkmenistan awarded for the development of Arkadag design projects 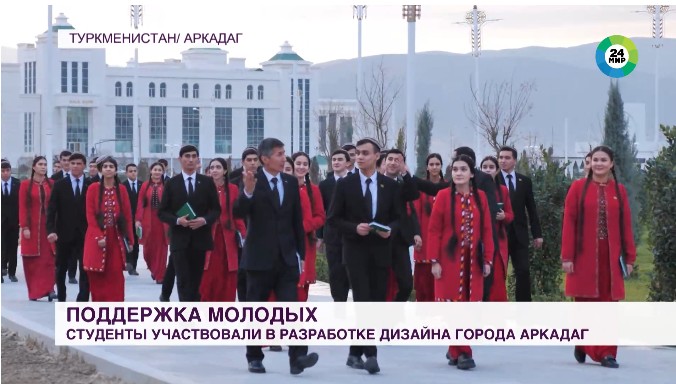 In Turkmenistan, students of national universities were awarded for their participation in the development of design projects of buildings and constructions of the modern city of Arkadag, which recently became the administrative center of the country's Akhal province. It was reported by the Internet portal MIR 24.

The construction of the new center began four years ago. Currently, the first phase has been completed and work is underway on the second phase of construction, during which it is planned to equip the "smart" city with modern digital automated systems.

The idea to involve students of Turkmenistan's universities in the design of Arkadag facilities belongs to the Chairman of the Khalk Maslakhaty Milli Gengesh of Turkmenistan, Gurbanguly Berdymukhamedov.

G. Churiev, a fifth-year student at the Turkmen State Academy of Art, expressed his sincere gratitude for the opportunity to show his skills in this project. He noted that he was very pleased to have his work commended and emphasized that he was honored to participate in the project to build Turkmenistan's first "smart" city.