The State Council of Turkmenistan was held in Ashgabat 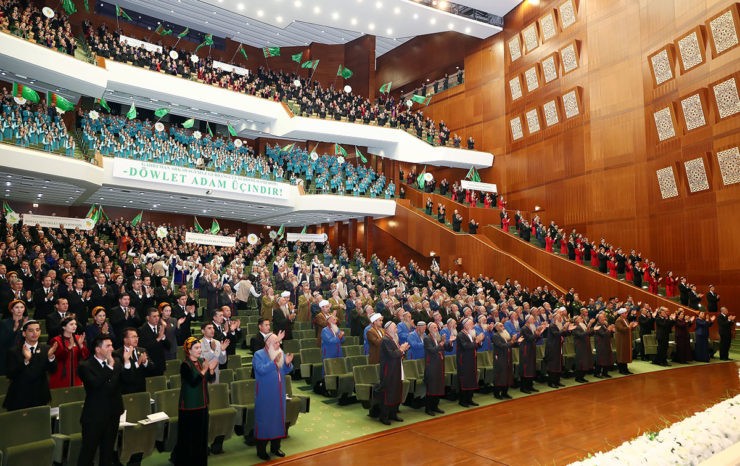 State Council of Turkmenistan was held in Ashgabat today under the chairmanship of President Serdar Berdymukhamedov, the "Watan" news program of Turkmen television reported.

The State Council was attended by the country's leadership, elders, representatives of public associations and political parties, as well as regional delegations from regional administrative centers via video link.

At the nationwide forum devoted to the 31st anniversary of Turkmenistan's independence, the sides summed up the results of socio-economic and cultural development of the country and discussed the priority tasks of further state development.

As noted by the head of state, in the coming years will be organized free economic zones with a special procedure of taxation, the secondary market of securities, stock exchanges activity will be intensified.

The head of state paid special attention in his speech to the priority issues of the social and international agenda.

Following the meeting, Serdar Berdimuhamedov signed decrees on pardoning convicts in honor of the 31st anniversary of independence, on granting citizenship of Turkmenistan, on granting a group of foreign citizens with residence permits in Turkmenistan, and on awarding state awards to a group of compatriots.