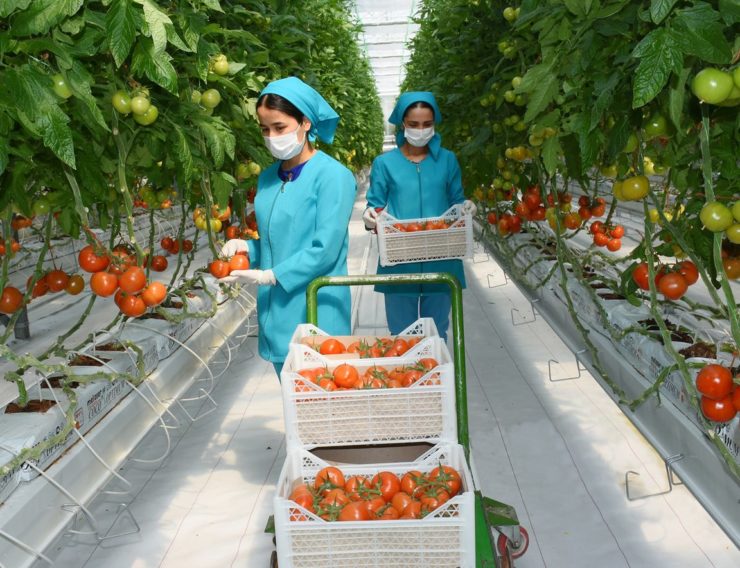 About 30,000 additional jobs will be created in all sectors of the economy of Turkmenistan in the next seven years. This was stated by President of Turkmenistan Serdar Berdymukhamedov in his speech at the State Council held today, the "Watan" news program of Turkmen television reported.

In 2022-2028, a significant part of the state budget will be spent on financing the social system. Also the budget funds will be directed to the main directions of implementation of the strategy of socio-economic development, to ensure the innovative development of the economy.

As noted, over 278.9 billion manats will be invested in the next seven years, and the country's production capacities will be further strengthened. The President of Turkmenistan also promised to increase salaries 1.8 times, increase the total housing area per capita by 102.2 percent, build 40 pre-schools, 54 general education schools, 4 new institutions of higher professional education, 10 modern hospitals, 7 cultural centers, including over 500 new production and social buildings.

"During this period we will increase wages by 1.8 times. We will create about 30 thousand additional jobs in all sectors of the economy. We will increase the total area of housing per capita by 102.2 percent. We will build 40 preschool institutions, 54 general education schools, 4 new institutions of higher professional education, 10 modern hospitals, 7 houses of culture, including more than 500 new industrial and social buildings," he said in his speech.