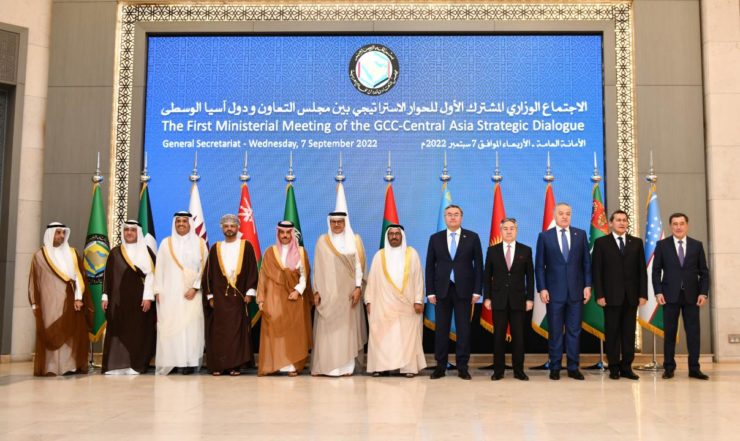 Deputy Prime Minister and Foreign Minister of Turkmenistan Rashid Meredov attended the first ministerial meeting of the Strategic Dialogue "Cooperation Council of the Arab States of the Gulf - Central Asia," which was held on Wednesday in Riyadh. This was reported by the Arab media.

The meeting was attended, along with Meredov, by foreign ministers from the Council's member states - Bahrain, Qatar, Kuwait, the UAE, Oman, Saudi Arabia and the Central Asian countries of Kazakhstan, Kyrgyzstan, Tajikistan and Uzbekistan.

The parties discussed the current state and prospects of cooperation between the countries in politics, security, trade and investment, education, health, culture, youth and sports.

For the implementation of projects in the field of transport, including the construction of the railroad "Termez - Mazar-e-Sharif - Kabul - Peshawar" and the launch of the format of meetings of transport ministers it was proposed to create a business council.
The participants also discussed the creation of joint clinics, the organization of pharmaceuticals production, the opening of branches of universities and vocational training centers, the establishment of scientific and academic exchange, support for innovative developments and start-ups.

One of the topics of discussion was the situation in Afghanistan. Turkmenistan's efforts in providing humanitarian aid to Afghanistan and implementing major infrastructure projects in the country were noted.

The meeting resulted in the adoption of a Joint Plan of Cooperation in the areas of trade, investment, education, health, culture and sports for 2023-2027.

The second meeting of the Arab Gulf-Central Asian Cooperation Council will be held this year in the capital of Uzbekistan, Tashkent.