Serdar Berdymukhamedov nominated as candidate for President of Turkmenistan 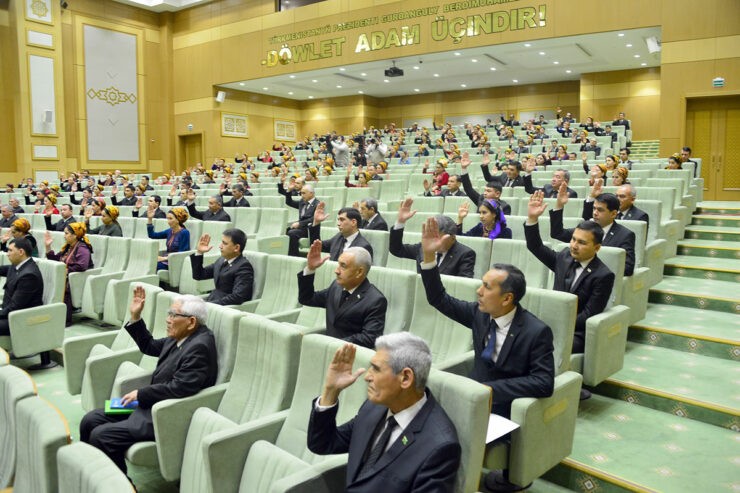 The Democratic Party of Turkmenistan has determined its contender for the presidency - it is deputy prime minister Serdar Berdymukhamedov.

Party members emphasized S. Berdymukhamedov's virtues - a high level of organizational and managerial skills, business and moral qualities. In addition, it was noted that the current Deputy Prime Minister of the country is distinguished by modesty and responsiveness, sets an example of a good family man, and is an adherent of a healthy way of life.

Berdymukhamedov graduated from the Niyazov Turkmen Agricultural University in 2001 with a degree in engineering and technology. In addition, he is a specialist in international relations.

Berdymukhamedov's Practical Management Experience received, while serving as: head of the Mejlis Committee, deputy head of the Foreign Ministry, head of the administration of the Akhal region, minister of industry and construction production, head of the Supreme Control Chamber, member of the State Security Council, and deputy prime minister of Turkmenistan.

Based on the above, The participants of the meeting unanimously nominated Berdymukhamedov as a candidate for the post of the head of Turkmenistan. Serdar Berdymukhamedov expressed his gratitude for the trust. He emphasized that he would make every effort and knowledge in his activities.

The election campaign continues, and the names of the other contenders will be announced soon.