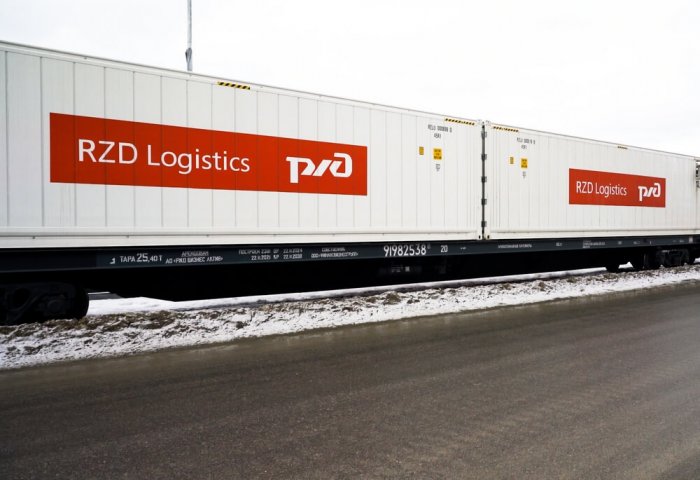 "Russian Railways has launched a container train bound for India, which will pass through such states as Russia, Turkmenistan, Kazakhstan, Iran and India.

The train started from Chekhov station (near Moscow). This was reported on Monday by the press service of Russian Railways.

It should be noted the balance of transport tariffs in all countries, through which the way of the container train

The arrival point of the train is Nava-Sheva (India). The length of the journey is about 8 thousand kilometers, the date of arrival is calculated on day 35-37.

Vladimir Putin announced the Russian Federation's intention to create an international level logistics interchange in the Caspian Sea.
The current cooperation agreement between the Caspian states promotes the launch of transport lines from St. Petersburg to Iranian and Indian ports.