The administrative-territorial division of Turkmenistan has been amended 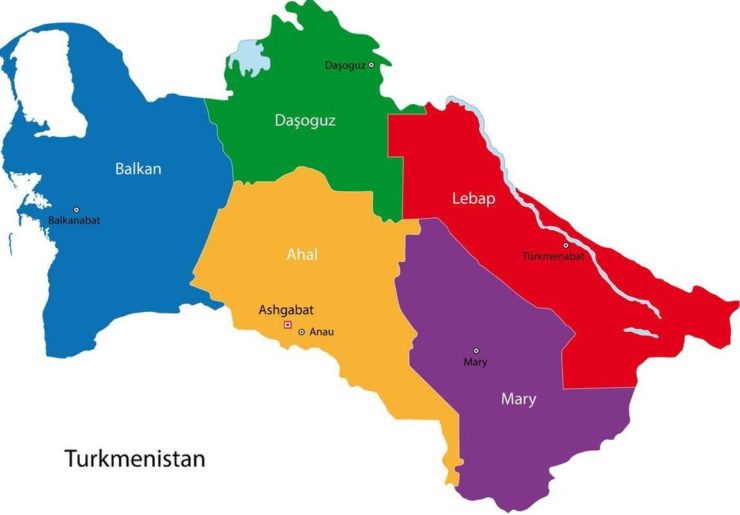 In particular, in the country as a whole six districts, five cities with the rights of a district, one town in a district, two villages, 35 gengeshliks (village councils) were abolished, 35 villages were merged with neighbouring communities, and six villages were given village status. And 6 settlements that emerged on the land transferred to citizens for the construction of houses were given the status of a village.

This decision was taken in accordance with the Presidential Program of Socio-Economic Development for 2022-2028 in order to improve governance and territorial organization for the sustainable development of regions, full use of resources and opportunities available in the country, control over the systematic and expedient use of state budget funds, and taking into account the petition of the khakimliks (administrations) and the submission of the Cabinet of Ministers of Turkmenistan.

Thus, in administrative terms, Turkmenistan now consists of five velayats and one city with velayat rights, 37 etraps, six cities with etrap rights, five etraps in a city, 42 cities in an etrap, 68 settlements 469 gengeshlik and 1690 villages in velayats.

In addition, at the meeting the names of some administrative-territorial units were changed. Some settlements were given new names in accordance with the spirit of the times, and some were returned to their historical names.