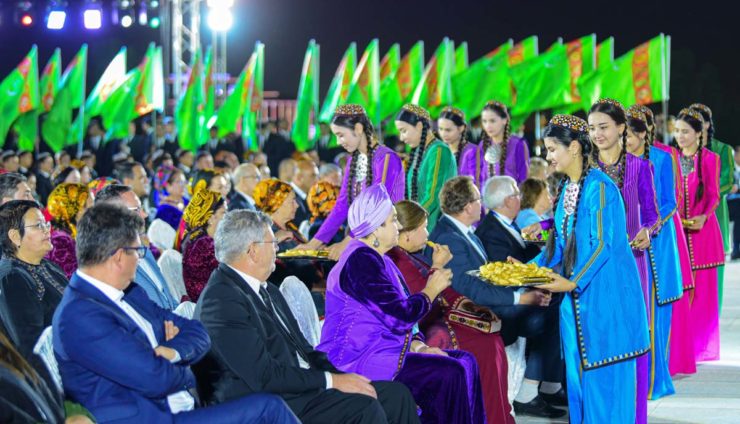 On this festive day, doctors, medical scientists, nurses, and orderlies were presented with awards and honorary titles and best wishes were given to them.

A total of 24 employees of the health system, including managers, as well as rank-and-file employees in the capital and regions were awarded.

President Serdar Berdymukhamedov congratulated health care and medical industry workers in Turkmenistan. The head of state stressed in his congratulatory message that caring for people's health and ensuring their peaceful and happy life is the basis of his activities. Protection of human health, the highest value of society and the state, is one of the priorities of state policy, which implies addressing a wide range of tasks: disease prevention and treatment, increasing social protection of the population, approving the principles of healthy lifestyle, guaranteeing the healthy development of citizens of all ages, especially the youth.

Since 2009, Health and Medical Industry Workers' Day has been celebrated in Turkmenistan on July 21.

On this day in 1995, the state program "Saglyk" ("Health") was established in the country to reform the healthcare system. But in August 2019, a decree by former Turkmen President Gurbanguly Berdymukhamedov moved this professional holiday from July 21 to October 10.