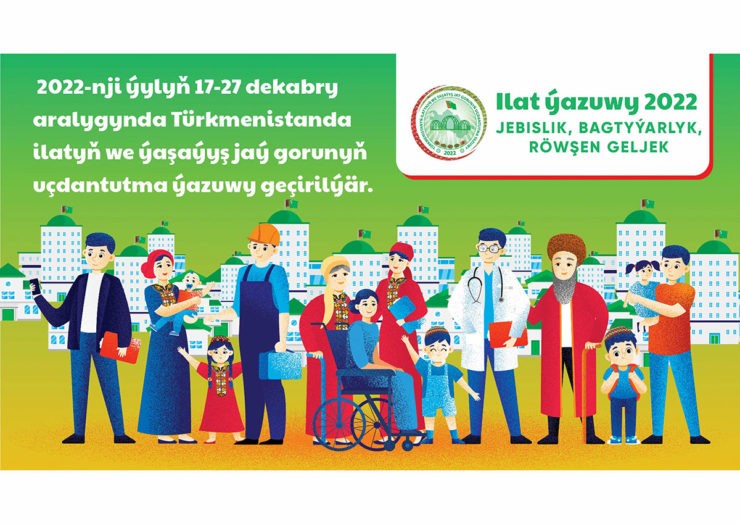 In December, Turkmenistan will conduct a large-scale census of the population and housing stock of the country. In this connection, the residents of the republic are currently being informed about the algorithm of this important event.

The prepared information sheets explain that the census will affect not only citizens of Turkmenistan, but also foreign representatives living in the country, as well as stateless persons. The presence of all family members is not obligatory in the census procedure: the head of the family can provide the census takers with all the necessary information about his/her household members. In addition, there is no need to confirm the information with documents. The questionnaires will be filled out according to the words of citizens.

The Census Committee assures residents of complete confidentiality in obtaining information from citizens.

Census enumerators are required to show up at citizens' homes with special identification and in a uniform consisting of a green vest, and to carry a bag with the census logo of the same color as the vest.

The State Committee urges all citizens to take part in the country's census and help paint an accurate picture of the population of Turkmenistan.